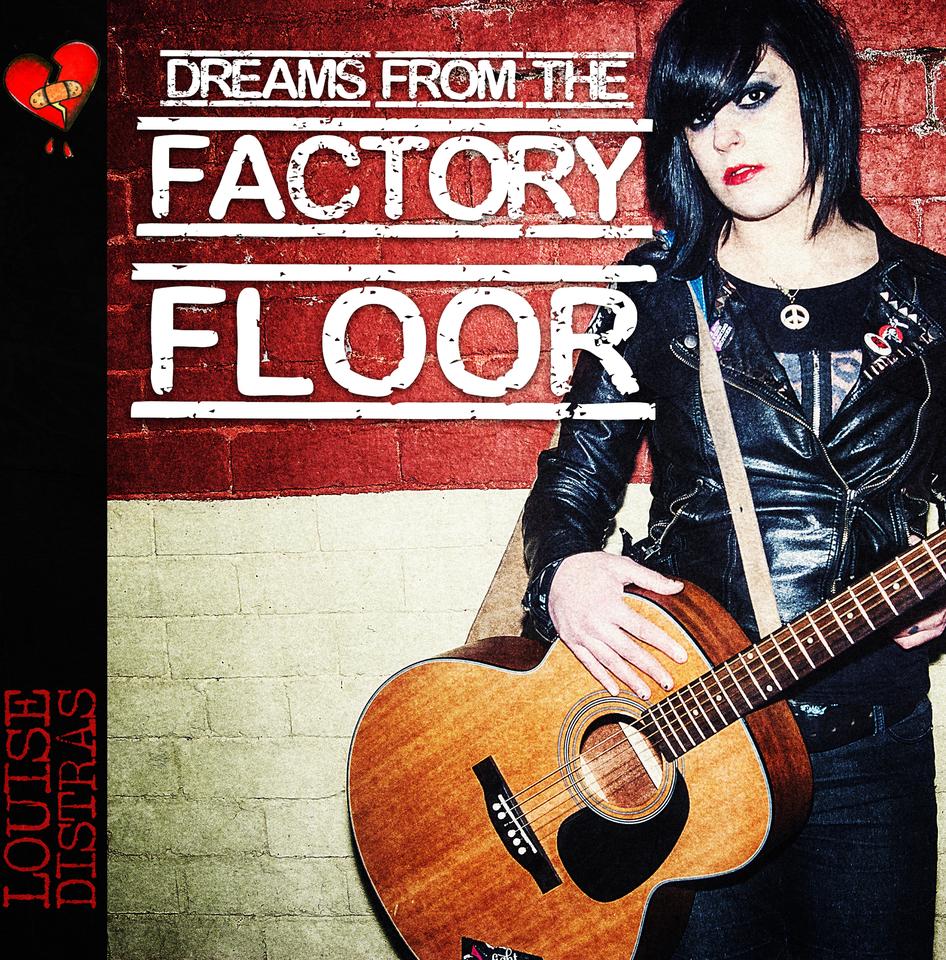 The fabulous Uber Rock website recently reported that "...having been heralded for her ability to incorporate the acoustic guitar into riotous pop songs, Distras's star continues to rise in 2016 with the heavily anticipated follow up to her critically acclaimed debut 'Dreams from the Factory Floor'.
The past three years has seen Louise Distras cutting her teeth across the UK, Europe, Canada and the USA with the likes of Billy Bragg, Buzzcocks, Stiff Little Fingers and The Damned, taking in festival appearances at Glastonbury, Bearded Theory, Rebellion, Camden Rocks and Punk Rock Bowling (USA) whilst receiving notable praise from The Guardian, Big Cheese,New Noise and Big Takeover magazines aswell as BBC Radio 1, XFM, Team Rock Radio, and KROQ who have all accurately pinpointed Distras' sound as "the rebirth of British punk; reinvented for a new generation"..."